Dimitris Ntokos became famous through his art collection that portrayed a scarab as a main theme. In this collection, the artist combines the scarab motif with numerous ideograms that compose Dokos collective thoughts.

In Ancient Greece one can easily notice the use of the scarab motif/symbol in many of Aristophanes plays and in several of Aisopos urban tales.

Another civilization that widely used the scarab motif was of course, Egypt where it symbolized the power of the sun and was a symbol of rebirth in the afterlife. The scarab seems to be of great importance in Egyptian mythology since it was used to frame ancient maps, stories and portraits. Also, its shape was widely as a basis of many symmetrical and particularly detailed artworks.

Dimitris Dokos, through his scarab collection tries to set aside the “bug” aspect of the scarab and creates a visual language that is similar to hieroglyphics. This is the artists way to emphasize the past and not the future. By using a great number of detailed ideograms, Dimitris Dokos guides the audience to “read” his painting from the left upper corner to the right. Hieroglyphics were used by many great civilizations such as the Egyptian, the Minoan etc. In the first case, in particular, hieroglyphics create a synthesis that portrays an internal idea.

Almost, all of the symbols represent a subject with soul or in other cases soulless, that in their more processed form were small artworks ideal for decorating monuments or other buildings and spaces.

What is truly remarkable in Dokos works is the synthesis of colours and technique where every symbol is unique and not repeated in the paintng. The main materials that he uses are acrylic colours, oil colours, wood and aluminium whereas several progressive materials include doors from refrigerators, canvases from their backward side, old magazines, car parts, mirrors etc.

These artworks try to tell a story that is perceived differently by the audience. At first, the viewer is thrilled with the multidimensional and thematic aspect of the artworks and then is surrendered in the illusions that are created through the combination of geometrical shapes, patterns and colors.

The surrealistic aesthetics hold a very important role in Ntokos art and Metamorphosis is his philosophy behind every painting. Through his artwork he transforms the world in his own way that we admire in every single piece of his art. 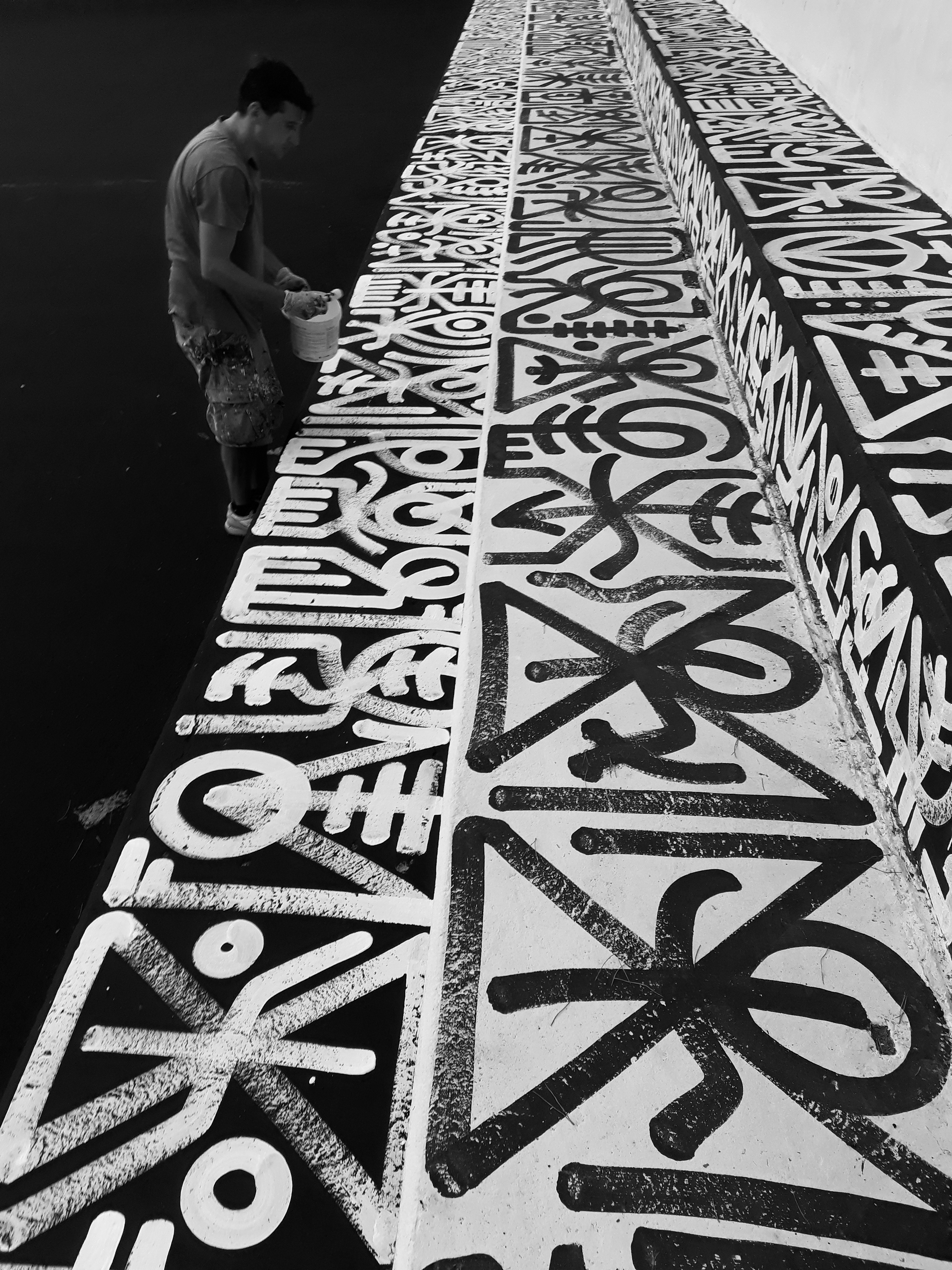